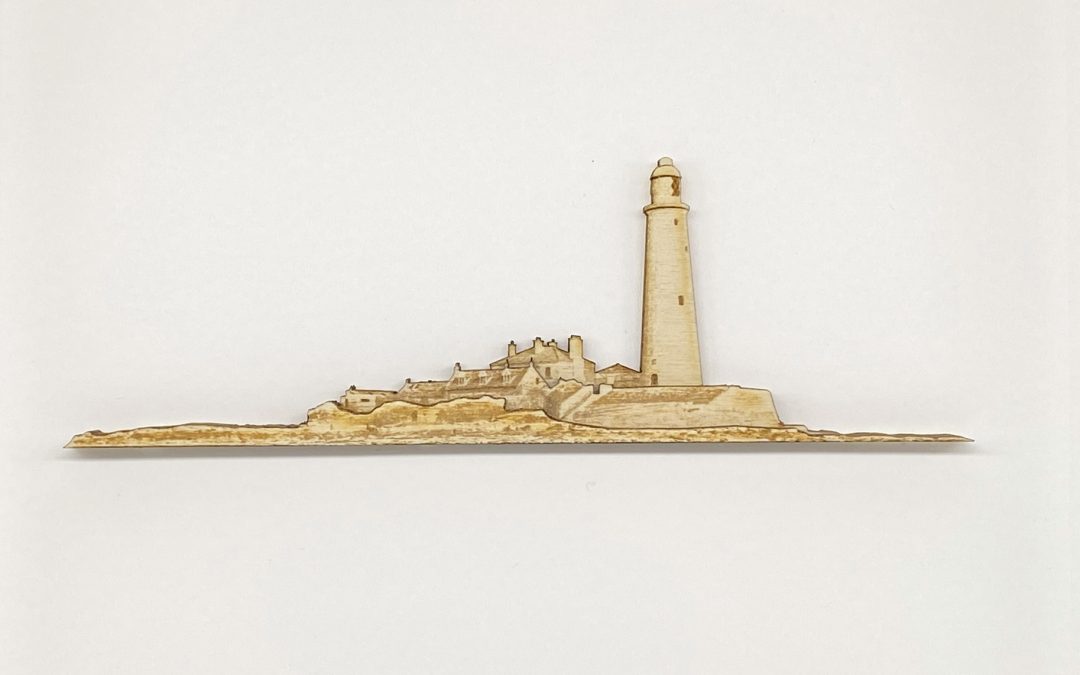 Who doesn’t love St Mary’s Lighthouse?  We couldn’t wait to add it to our wooden landmarks collection.

Opened in 1898 St Mary’s Lighthouse is on the tiny St Mary’s Island, just north of Whitley Bay on the coast of North East England. The small rocky tidal island is linked to the mainland by a short causeway which is submerged at high tide. If ever you have been on the causeway when it starts to become submerged you will be stunned at how quickly it happens. If people are cutting it a bit fine you suddenly see them running from visiting the Lighthouse across the causeway and with good reason. Those who don’t rush end up with very wet shoes.

Mostly we love seeing the lighthouse on lovely sunny days but one rather unusual lighthouse memory was from the Whitley Bay Film Festival. Fiona had a short film showing at the festival the same year.  They were showing the scary film The Fog in the visitors centre at the Lighthouse one evening. It was quite spooky as the power went out half way through which we all thought was done deliberatly as part of the immersive experience but it wasn’t. Then when the film finished as we walked back to the mainland the festival organisers had dry ice all around the island and people dressed up zombie pirates like in the film chasing us. Some were even in the water jumping up to scare us as we went. It was an extraordinary sight and such fun.

Our homage to the lighthouse is in layered wood. it is available in a white or black frame or as a stand alone wooden ornament.